Sweet Victory for Ruby at Wyong on Tuesday! 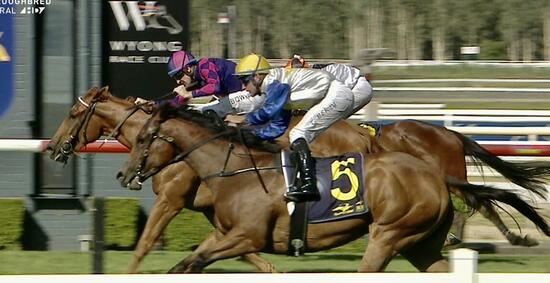 Sweet Ruby showed plenty of fight and determination on Tuesday at Wyong when winning the BM 64 for fillies and mares over 1200m with Hugh Bowman aboard.

Travelling sweetly in 3rd position, Ruby appeared to lose her spot as she dropped the bit and came off the bridle before the home turn. Bowman however never gave up on the filly, and once balanced in the home straight he drove her through the inside and Ruby did the rest fighting back strongly to score in a thrilling finish.

Well done to all her owners and to all the team!