Yet another Impressive 2yo winner for the Kim Waugh stable! 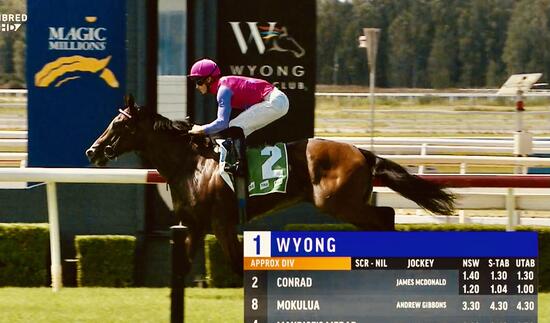 With just a small team in work at Wyong, the Kim Waugh stable has done a tremendous job with their 2yo's this season with our 7 runners so far producing 3 winners along with a close-up 2nd and a 3rd.

One of the most impressive 2yo wins though had to be the victory of Conrad yesterday at Wyong, where after jumping quickly to lead he was pressured throughout before kicking strongly in the home straight to score by almost 4 lengths with James McDonald in the saddle!

This handsome son of Maurice was most unlucky on debut at Canterbury when just beaten so it was no surprise to see him sent to the barriers as a short-priced favourite and even better to see him win like the good thing that he was!

Congratulations to all our owners and to all the team!