The Bullring Pulls out all Stops to Win at Wyong on Thursday! 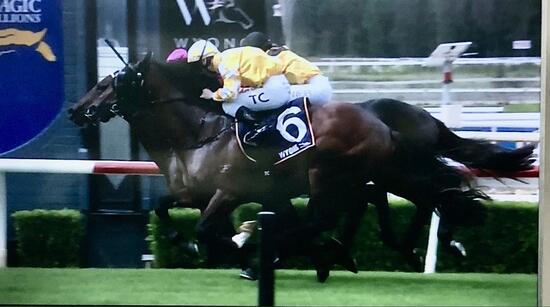 Another 2yo with nice ability, The Bullring had put the writing on the wall when he was most unlucky on debut when finishing 3rd at Scone, but he did really have to dig deep on Thursday when just 10 days after his first race start over 1000m he stepped up to 1300m on his home track at Wyong and got the job done in gritty style to score by a head.

Ridden by Jason Collett, The Bullring was a touch slow out from the gates but quickly mustered speed to travel outside the leader before improving to cross over and take the lead. Staying a couple off the fence throughout, The Bullring dug super deep in the home straight when challenged in earnest to score by a head and looks destined to win better type races in the future!

Well done to his owners and to all the team!