Talented 2yo Wins Impressively on Debut! 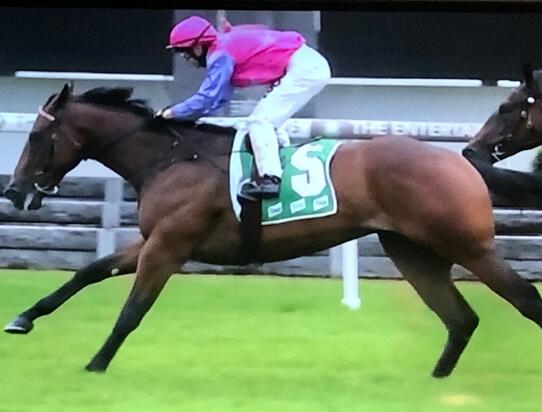 Trinity Missile had put the writing on the wall with 2 impressive barrier trials leading into his debut run at Gosford on Saturday and even though Gai Waterhouse had the short-priced favourite primed and ready, connections were pretty confident the son of Super One would run a bold race and that he did!

Jumping a touch slow Trinity Missile was able to quickly muster speed and travel in 2nd spot tracking the leader and race favourite Emerald Bay. When the two increased the tempo up front, they dashed well clear of their opposition and in a gutsy display Trinity Missile gained the upper hand over the last 200m to come away and score by almost a length on the line.

Very exciting to see our first 2yo runner of the season win so impressively on debut!