Knight Continues on his Winning Way at Goulburn on Friday 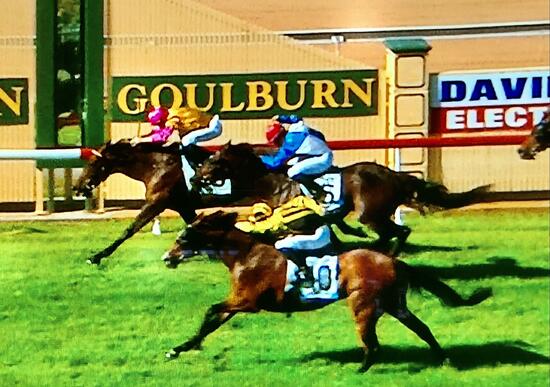 Knight continued on his winning way with another on-pace, hard fought win over the mile at Goulburn on Friday with Jay Ford aboard!

Travelling in 2nd place throughout Knight seemed to over-race for most of the trip and put in to the mix the strong tempo up front he was once again there to be beaten late, but just as he did at Gosford he kept fighting hard and held on to score a tenacious win.

Knight will now run next in the Summer Provincial Series final at Wyong on the 2nd of January.

Congratulations to his owners and to all the team!