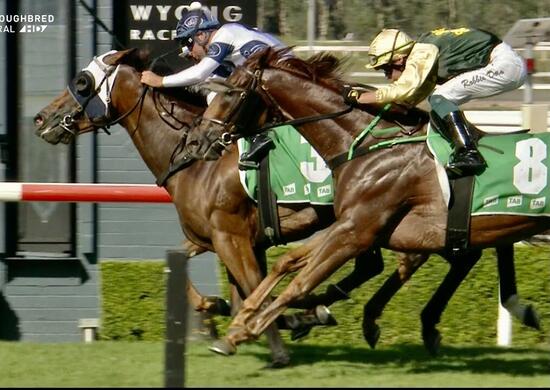 Trajection looked perfectly placed and very well-weighted in the 2nd heat of the Summer provincial series over 1350m which was run at Wyong yesterday and thankfully, despite a few anxious moments in the home straight, the daughter of Smart Missile proved too strong in the final stages.

Travelling in 8th position, behind a very solid pace Trajection tracked into the race working into the home turn and with a line of about 8 horses in front, you could see that her rider Tommy Berry didn't know quite which way to look!

Angling strategically between horses, the mare started to poke her body through the gap and even though the first 2 had full momentum, Trajection was able to pick up quickly and in a super effort, charged late to get the verdict and in doing so booked herself a spot in the 150k final to be run back at Wyong in early January.

Congratulations to her owners and to all the team!