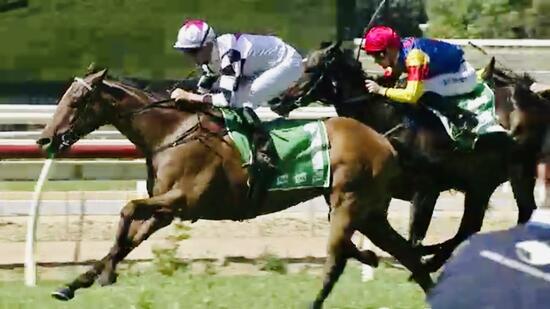 Fantastic effort by everyone involved with the 1350m maiden win of Destacado on Tuesday at Wyong.

On debut back in January 2019, Destacado, finished 4th when trained by the Hawkes team in Victoria but unfortunately a tendon injury forced him to be sold and this is where current owner Paul Lucey comes in to the scene.

Originally purchased as a yearling for 160k, Paul was able to buy Destacado for a small sum due to his tendon injury.

Given plenty of time by his new owner who utilised injury rehabilitation exercise at well known harness racing trainer Luke McCarthy’s property at Cobbitty, the gelding was then sent to Kim’s to continue his preparation.

At just his 3rd start for Kim and following two recent 4th's, Destacado was able to break his maiden in dominant style with Nash Rawiller in the saddle!

Congratulations to his owners and to all the team on a job well done!