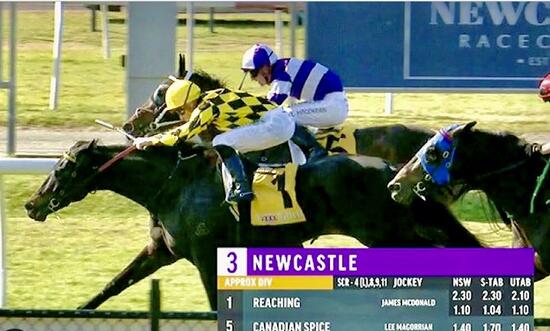 Following 4 placing's and being somewhat unlucky in a couple, it was great to see the blueblood Reaching finally break through to the winners circle when she took out the 1500m maiden handicap at Newcastle on Tuesday with James McDonald aboard!

Once again though things didn't go exactly to plan when after missing the start slightly, Reaching was squeezed and checked when two runners moved in on top of her which saw her settle well back in last position.

Regaining her composure, she was able to muster speed and travel in 5th position on the fence before easing wide on straightening and eventually wearing down the leader to win by a long neck, indicating that in the future she is going to get a much longer trip than the 1500m.

Congratulations to all her owners and to all the team!