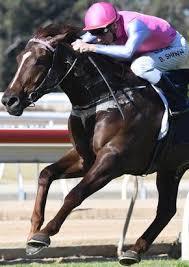 Oxford Tycoon has earned his way in to the $400,000 Provincial Championship final to be run at Randwick on the 11th of April following an impressive, fast-finishing 2nd in the final heat at Newcastle on Tuesday!

Ridden patiently by Darryl McLellan toward the rear of the field and with the pace very quick up front, Oxford Tycoon when brought to the outside on straightening was able to motor home, showing a great turn of foot to run the 1350m right out which will hold him in good stead for the 1400m final where Josh Parr has been booked for the ride.

Celer, our other stable runner in the heat, did not enjoy much luck in trying to get a clear run in the home straight and was unlucky not to have run a clear 3rd. However in running 4th he was added as 2nd emergency and has now gained a start in the final due to a couple of withdrawals.