Daphne Jean makes it 2 from 2 at Gosford! 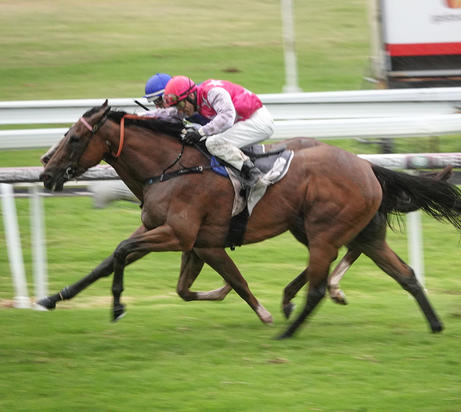 The 3yo daughter of Your Song, Daphne Jean which is named after Kim's mother, continued her winning run with a gutsy victory in the 1200m C1 handicap at Gosford last weekend with Grant Buckley aboard.

Overcoming adversity in the run the filly was awkwardly placed in 5th position before being pushed back to almost last on the home turn.

Once in to the clear though Daphne Jean really pinned her ears back and went after Lancer and stride by stride pegged back the margin to grab victory on the line!

Congratulations to her owners and to all the team!