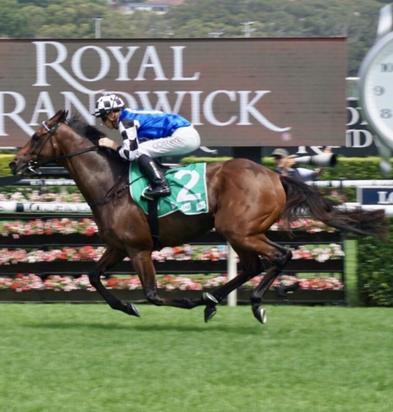 Our Century leads the way for the stable when he competes in the G2 2000m Hill Stakes on Saturday at Randwick with Jason Collett aboard. Century (pictured) resumed in the Wyong Cup before finishing 7th in the G3 2300m Newcastle Cup and should be cherry ripe 3rd up and ready to run a big race!

On Monday the talented 3yo Erno looks another super winning chance when he lines up in the BM 78 over a mile at Warwick Farm with James McDonald aboard whilst Calabasas heads back to the track to compete in the BM 70 over 1200m with Jean Van Overmeire claiming 2kgs.

On the country circuit, Trajection and Rizzuto head to Muswellbrook on Monday with Serg Lisnny to ride both. Trajection looks well placed in the BM 58 over 1450m whilst Rizzuto has the addition of blinkers when he lines up in just his 2nd race start in the 1280m maiden.