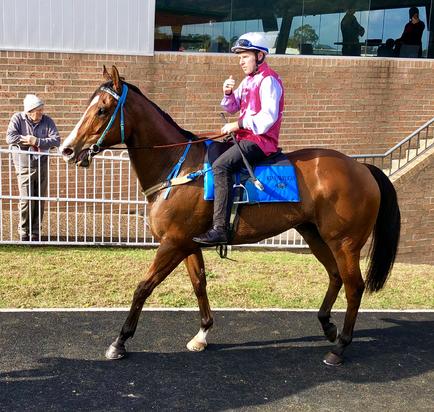 Settling toward the rear of the field from his wide gate, his rider Tommy Berry gave him a peach of a ride, sticking to the inside and saving many lengths in the process.

Looking forward to his next run which will be in a couple of weeks time!