2 from 2 for Talented Erno! 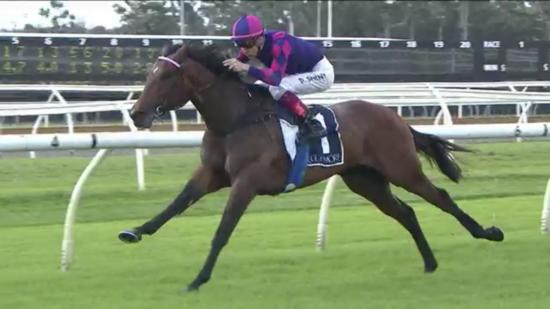 Handsome 2yo Erno continued his winning ways with another impressive win, this time in the big smoke at Warwick Farm!

Stepping up from his maiden victory at Wyong, Erno handled the jump in class with ease as he strode to the front to lead throughout in the open 2yo handicap over 1300m.

Despite being challenged in earnest in the home straight, the unassuming professional gave his rider Blake Shinn a great kick when asked to extend over the final 150m, dashing clear to score by a length and a half!

Pretty to watch both Erno and Blake Shinn in action - in fact it was poetry in motion!

Congratulations to our excited winning owners and well done to all the team!