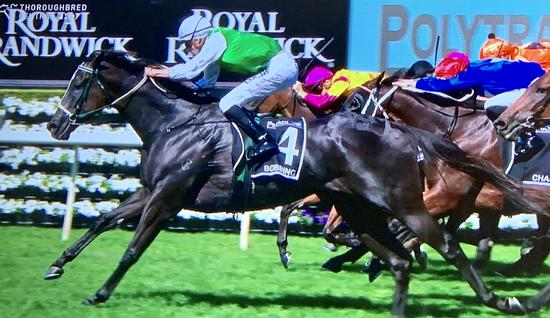 Unfortunately luck deserted the stable in the $500,000 Provincial Championship Final on Saturday at Randwick with Spring Charlie finishing a most unlucky 2nd!

Strung up in behind runners in the home straight Blake Shinn was forced to change course a couple of times as he continued to search for a clear run. Once in the open Spring really motored to the line to finish 2nd but naturally the stable and owners were left to lament what could have been when Shinn returned to the enclosure stating he should've won and was a good thing beaten.

Whilst Safado was disappointing Fuchu was outstanding. Settling 4 lengths off the 2nd last horse Fuchu circled the whole field, running the fastest closing sectionals to be beaten only a length from the winner.